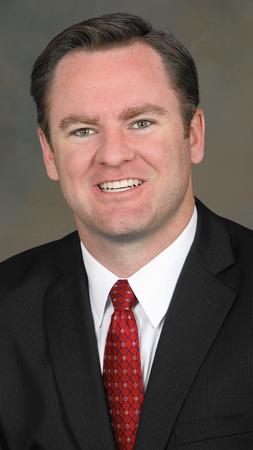 Will O’Neill, a local lawyer and a member of the Newport Beach Finance Committee, announced his candidacy Thursday for the 2016 City Council race.

O’Neill, 32, who moved to Newport Beach from Mission Viejo about 2 1/2 years ago, filed paperwork declaring his intent to run for the council’s District 7 seat, which represents Newport Coast and Newport Ridge.

O’Neill is the second resident to throw his hat in the ring for that seat, which is currently occupied by Councilman Keith Curry, who will be termed out next year after serving since 2006. Fred Ameri, a longtime Newport resident and former planning commissioner, launched his campaign for the seat in September.

O’Neill lives in Newport Coast with his wife, Jenny, and their two children, Aubrey, 3, and Sean, 1.

“My wife and I moved here … because we wanted to plant roots here with our kids,” O’Neill said. “The community has done so much for my family that I want to be able to give back.”

O’Neill, a registered Republican, was appointed to the Finance Committee this year by Councilman Marshall “Duffy” Duffield. O’Neill said the post has enabled him to look at the city’s finances up close.

He commended the City Council for instituting a program last year that accelerated the city’s payments on its roughly $273-million unfunded liability to the California Public Employees’ Retirement System, but he said there is still work to be done to maintain Newport’s financial health.

“Future councils need to continue along that path,” he said.

If elected, he said, he would work to create a long-term plan for Newport Harbor to fund seawall repair and replacement and would try to smooth relations between John Wayne Airport and nearby residents over airplane noise.

O’Neill graduated from Stanford University with a degree in history and from UC Hastings College of the Law in San Francisco. He is currently a partner specializing in business litigation with Costa Mesa-based law firm Ross, Wersching & Wolcott LLP.

Three City Council seats will be in play during the 2016 election.